skip to main | skip to sidebar

WIND TURBINE SYNDROME DOES NOT EXIST

Anyone under attack from the vicious zombies of Nimbyland would do well to cast their eyes over this post from the excellent Climate Spectator blog:

As the post points out, the utterly nonexistent "Wind Turbine Syndrome" is just the latest in a long line of foolish health scares promoted by idiots and frauds.  Check out the quote from the British Medical Journal in 1889, which examined the horrific consequences of using a telephone.  Or the belief that the "education of women" caused something called neurasthenia, which also didn't exist.

If you actually look at the so-called physicians who are working furiously to scare people with their lies about "Wind Turbine Syndrome", you'll soon see that they're a pretty shoddy bunch.  One is a disgraced academic who was caught out publishing lies for the tobacco industry.  The main peddler of the "Wind Turbine Syndrome" myth in Australia is an unregistered doctor - "unregistered" presumably meaning that she's not very good.  The term "Wind Turbine Syndrome" was invented by an American paediatrician with no experience in acoustics, but whose husband happened to be an active campaigner against wind energy.  Said paediatrician could not find anyone willing to publish her useless "research".

Here in the UK, the British Medical Journal (see above) made the mistake of publishing a very poorly referenced piece by one of the latest "Wind Turbine Syndrome" fanatics, the retired director of a sleep laboratory who - guess what? - has himself fought proposals for a windfarm close to his home.  He wrote his first silly "report" on the mythical adverse health affects of windfarms at the behest of another anti-windfarm group ... and so the nimby echo chamber booms on, making no sense whatsoever except to itself.

As the blogpost cited above shows, the deranged proponents of "Wind Turbine Syndrome" - and yes, they are deranged - like to claim that windfarms cause up to 125 different diseases and behavioral problems, and counting.  Yes, folks: those harmless devices are somehow achieving more than a bad case of nuclear fallout.  And yet - funny this - the so-called symptoms of the We-Just-Made-It-Up thing called "Wind Turbine Syndrome" always seem to vanish when money is on offer.

Nimby idiots like to claim that the effects of "Wind Turbine Syndrome" (copyright: the fossil fuel industry) are instantaneous.  Indeed, they often start before a windfarm is even operational (how can that be?).  And yet ... the first "case" was recorded in Britain in 2003.  That was twelve years after the first windfarm started operating in Britain.  So it took the fascist fringe a full twelve years to dream up a "syndrome" connected with windfarms.  Not all that instantaneous after all!

The real problem is not the invention of a wholly imaginary "syndrome" but the virulence with which thoroughly dishonest nimby groups demand that their neighbours all believe in it.  Because, as Francis Bacon said of infections nearly 400 years ago, "if you fear them, you call them upon you."

So when one of your nasty nimby neighbours tells you that windfarms cause any one of the 125 symptoms currently classed as "Wind Turbine Syndrome" - including symptoms you may already have - they're not warning you.  They're telling you to get sick.  They're trying to trick you into believing that you feel unwell, even before the turbine blades start turning, because - in their mentally ill world - they'll consider that some kind of victory.

The simple fact is, there is no such thing as "Wind Turbine Syndrome", outside of the heads of the evil nutters who keep going on about it.  No reputable scientific or public health institution in the world has accepted its existence.  Out of 21 million research papers in the US National Library of Medicine, not one recognises "Wind Turbine Syndrome".

It is a totally made-up "disease".  Made-up by fools and frauds.  To scare you.

That's how low the nimbies are.

'Wind of Change' has been archived by the British Library as part of their Special Collection on 'Energy' and under the subject 'Society & Culture'. We are very proud that our detailed record of a dishonest, deceitful and divisive campaign of terror in rural England has been saved for the nation. 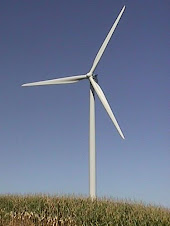 Contact Aeolus at wind-in-the-orchard@hotmail.com or become a follower of this blog

AEOLUS
This blog would not have been possible without the help and input of many in the local area who have not forgotten what decency, democracy and community spirit mean. Thanks to all for their insights, invaluable information and unstinting support. 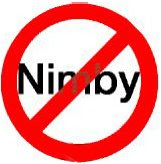